A US Army soldier signals the way to a M1A2 Abrams battle tank that will be used for military exercises by the 2nd Armored Brigade Combat Team, at the Baltic Container Terminal in Gdynia on December 3, 2022 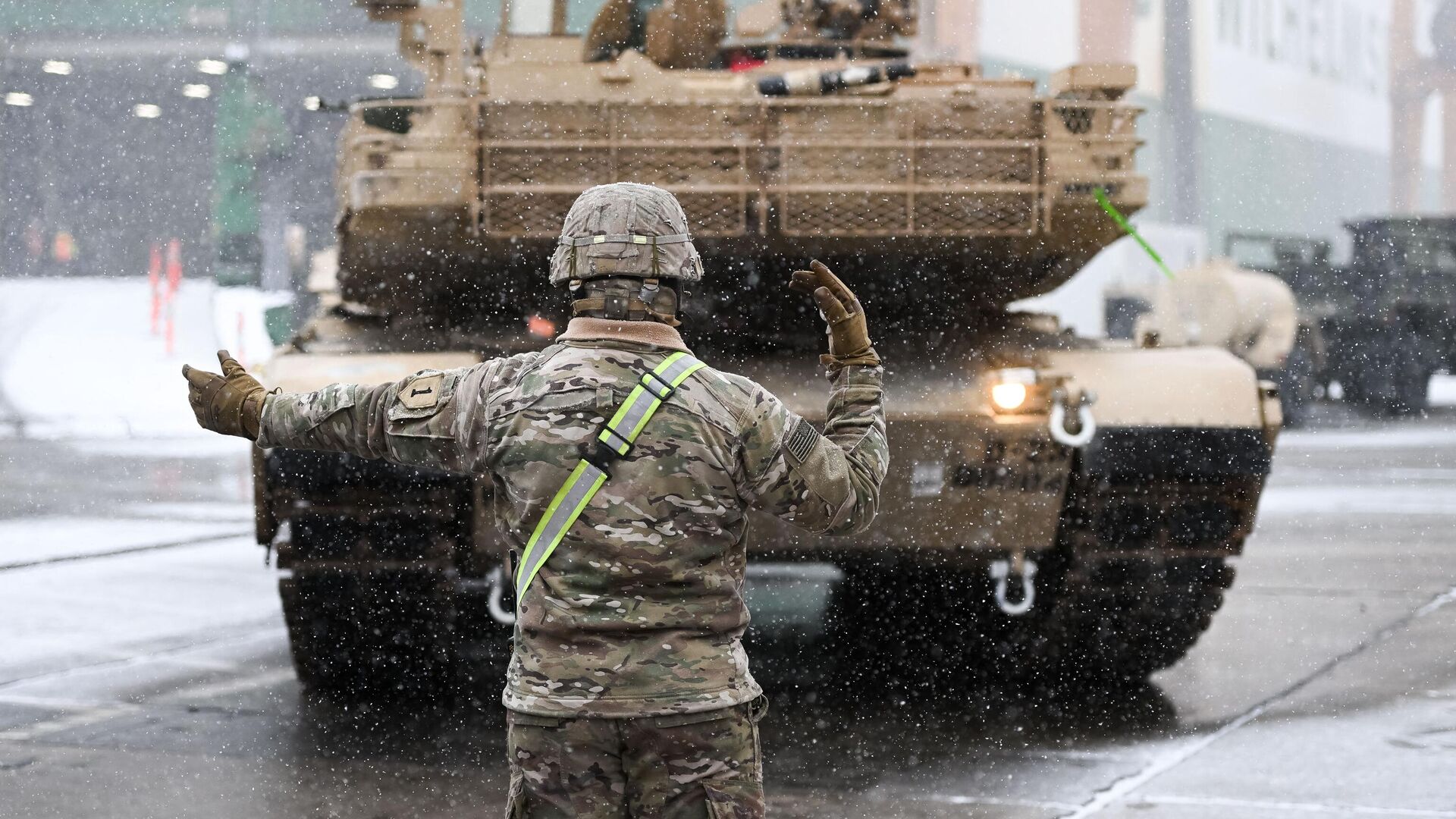 InternationalIndiaAfricaWASHINGTON (Sputnik) – The Biden administration could announce as early as this week the deliveries of a “significant number” of Abrams M1 tanks to Ukraine, US media reported on Tuesday, citing US officials familiar with the matter. The coming announcement would be part of a broader deal made with Germany, which would pledge to supply a small number of its Leopard 2 tanks to Ukraine as well, the report said. Germany would also allow countries operating Leopard 2 tanks, notably Poland, to supply Ukraine with units of their own reserve, the report also said.

Russia’s Special Operation in UkraineUS Abrams Tanks, Bradley IFVs Spotted in Netherlands en Route to Eastern Europe – Photos, Videos13 January, 18:21 GMTSuch a development would be a major step in mending the recently created rift in NATO regarding the delivery of the Leopard 2 tanks to support Ukraine in the conflict with Russia given that Berlin has repeatedly refused to allow countries possessing such tanks to provide them to Kiev under the terms of their export agreements, the report added. Ukraine has requested at least 300 main battle tanks, including Leopard 2, and considers them as a game changer in the conflict with Russia.

Former US Ambassador to UN Plans to Join 2024 Presidential Race

West Begins to Understand That US Provocation Lies at Heart of Ukrainian Conflict: Moscow

Trump and DeSantis Would Beat Biden if 2024 Elections Were Held Today, Poll Shows