Flags of Finland, left, NATO and Sweden, right, are displayed during a ceremony to mark Sweden’s and Finland’s application for membership in Brussels, Belgium, Wednesday May 18, 2022. NATO Secretary-General Jens Stoltenberg said that the military alliance stands ready to seize a historic moment and move quickly on allowing Finland and Sweden to join its ranks, after the two countries submitted their membership requests. (Johanna Geron/Pool via AP) 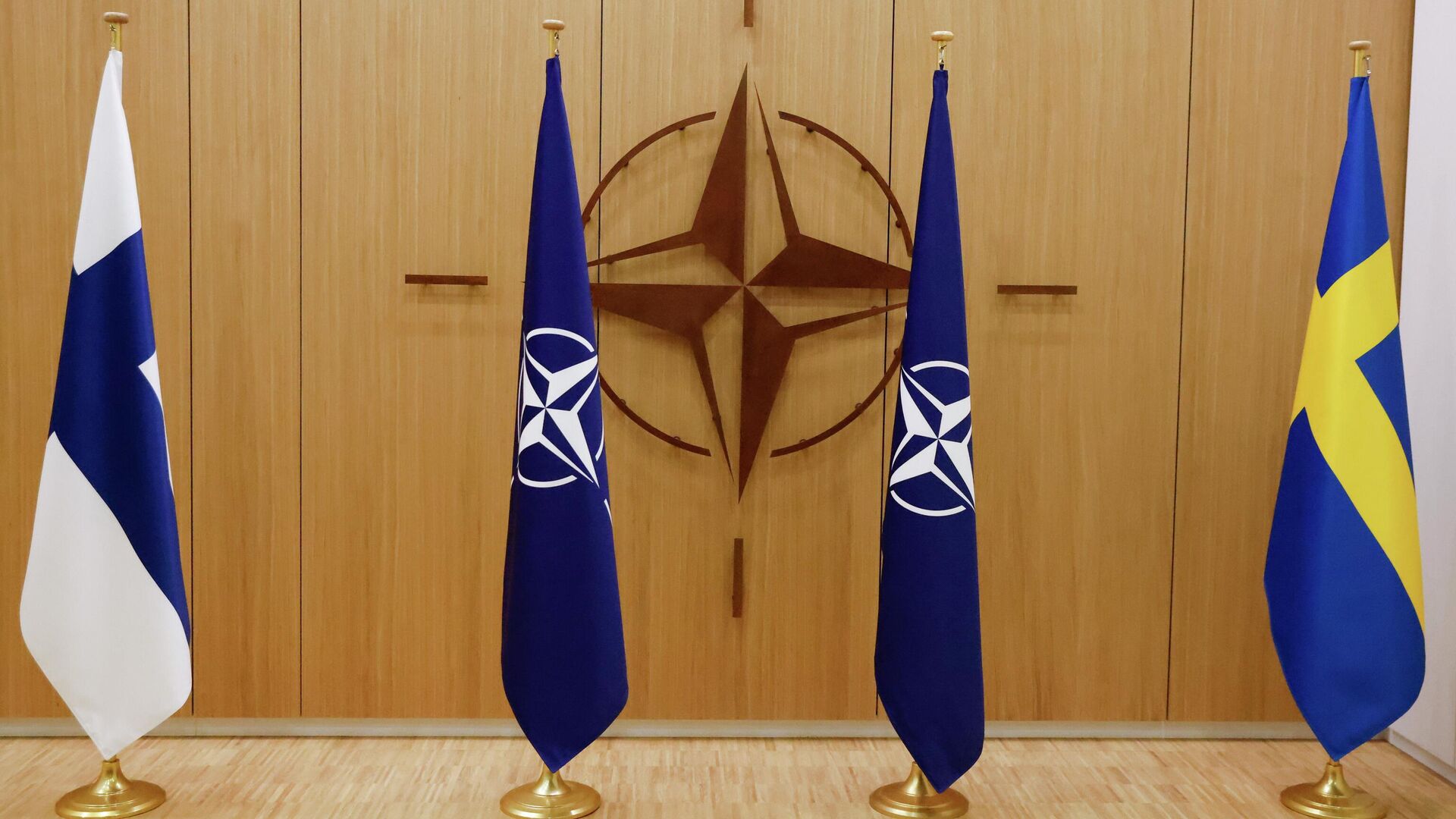 InternationalIndiaAfricaHELSINKI (Sputnik) – Finland, which jointly applied with Sweden for NATO membership in May, may consider continuing the accession procedure without Stockholm, Finnish Foreign Minister Pekka Haavisto said Tuesday. Relations between Sweden and Turkey have deteriorated following the recent controversial anti-Islamic demonstration with the burning of the Quran in Stockholm. On Monday, Turkish President Recep Tayyip Erdogan said that Sweden should not expect Turkish support for its bid to join NATO “But we have to be ready to re-evaluate the situation. Has something happened that would in the long run prevent Sweden’s application from progressing? Now it is too early to take a view on that,” Haavisto told Finnish broadcaster , when asked if Finland should proceed at the same pace as Sweden in seeking approval for the application. The minister also noted that the simultaneous accession of the two Nordic countries to NATO would be more preferable “from the perspective of both countries’ security.” On May 18, three months after Russia launched a military operation in Ukraine, Sweden and Finland applied for NATO membership, terminating decades of neutrality. Their accession protocols have already been ratified by all NATO members except Hungary and Turkey.