The High Court in Glasgow 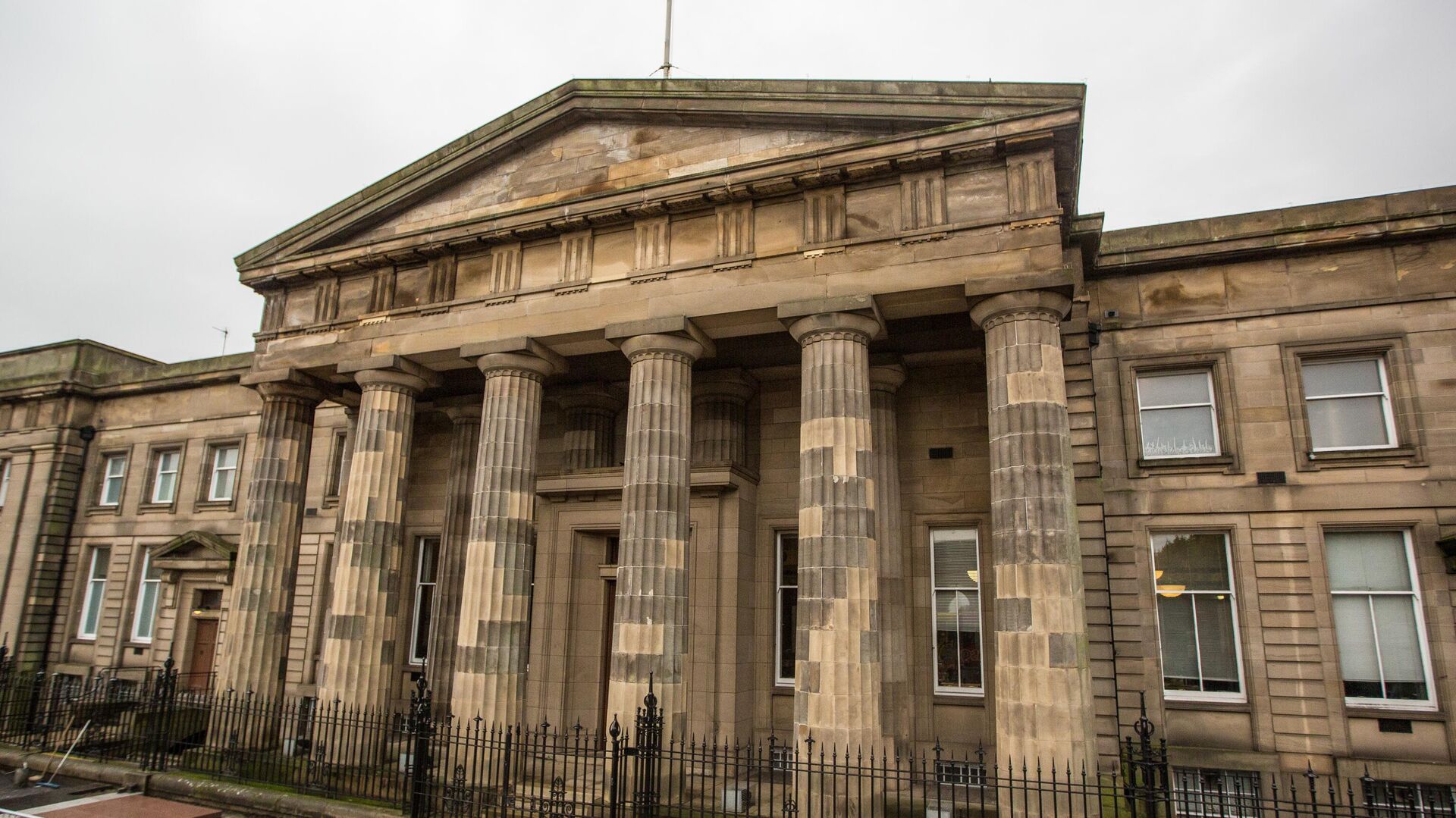 InternationalIndiaAfricaIsla Bryson, born Adam Graham, claimed during his trial that he had been confused about his gender identity since the age of four. But he only began transitioning as a woman after his first court appearance, while older photos of him with a shaved head and facial tattoos have now emerged.A Scottish rapist who claims to be transitioning as a woman has been remanded to a men’s prison after being convicted on two charges.Isla Bryson, who was known by his birth name Adam Graham when he raped two women he met on social media sites in 2016 and 2019, was convicted of both crimes at the High Court in Glasgow on Tuesday.Presiding judge Lord Scott ordered him remanded in prison until sentencing on February 28.”You have been convicted of two extremely serious charges,” Lord Scott said. “Given what you have been convicted of, a a significant custodial sentence is inevitable.”Bryson began ‘transitioning’ as a woman in 2020, after his first court appearance on the rape charges, but no mention was made of his possessing a legal Gender Recognition Certificate (GRC) as a member of the opposite sex.The defendant claimed during the trial to have had gender identity issues since the age of four. But photos have now emerged of Bryson in his former guise, with a shaved head and facial tattoos now concealed by hair — or a wig.© Twitter/@CraiginWalesTweeted images of convicted Scottish transsexual rapist Isla Bryson, AKA Adam Graham, before transitioning (right) and while on trial (left) 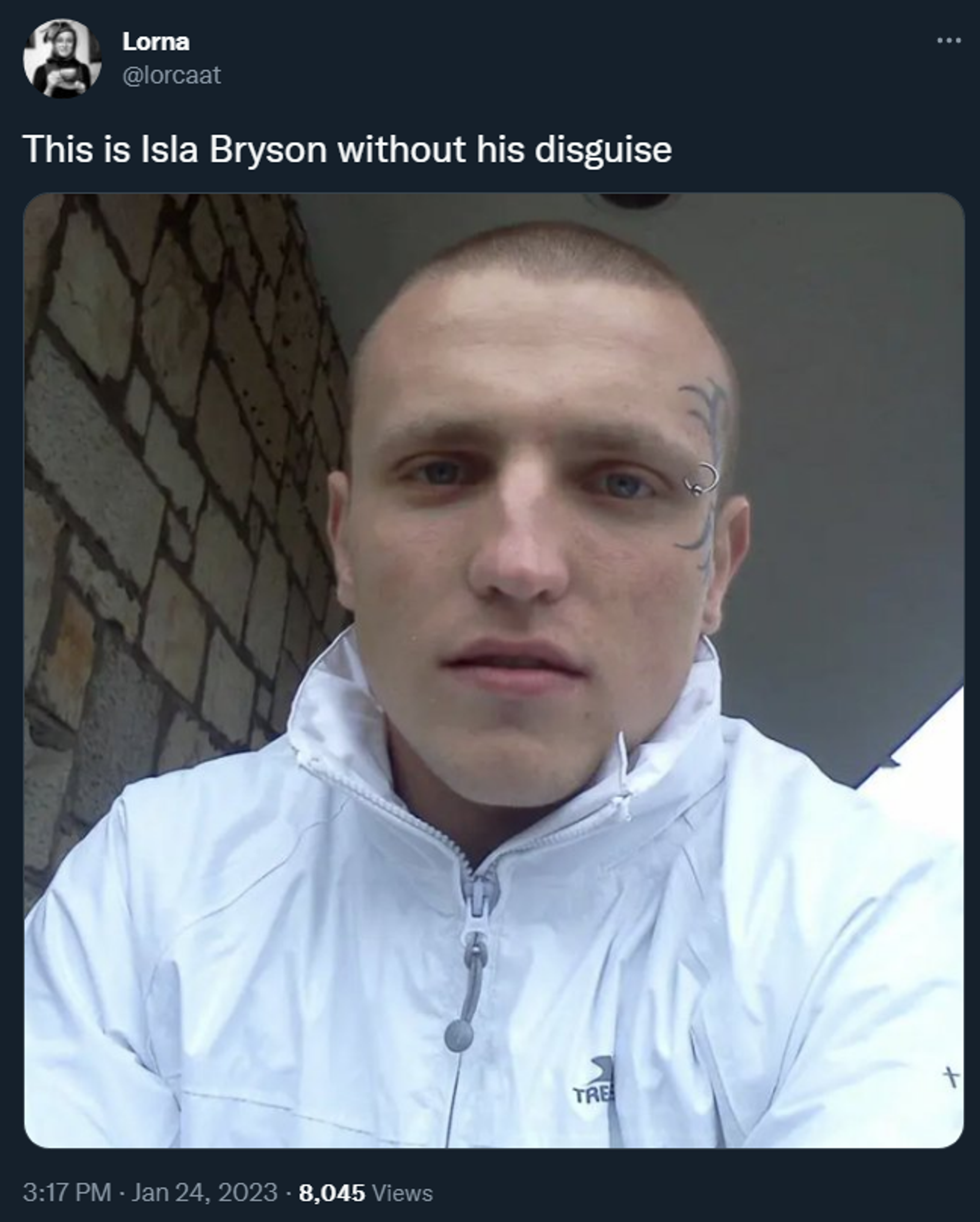 A tweeted photo of Scotsman Adam Graham, now known as trans woman Isla Bryson, who was convicted of two rapes on January 24 2023At the closing arguments on Monday, Bryson’s defence barrister Edward Targowski KC argued that his client was just as “vulnerable” as his victims, and that “If you accept that evidence, that she is transitioning, that she is aiming to continue on that path to becoming female gender, that goes a long way to acquitting her of these charges.”Fears had been voiced that he would be housed in a specialist unit at Cornton Vale women’s prison in Stirling, especially after the devolved Scottish parliament passed a bill in December allowing individuals to gain a GRC in just three months without medical evidence they are transsexual.

WorldScottish Trans Rape Suspect is ‘As Vulnerable’ as Two Women Accusers, Defence Claims13:28 GMTAround 60 people protested outside Cornton Vale in December after Katie Dolatowski, a trans woman convicted of sexually assaulting a 10-year-old girl in a supermarket toilet in Kirkaldy, was sent there after beating up a fellow inmate in the canteen of a men’s prison.The Scottish Conservatives, the largest opposition party in Holyrood, said the “perverse situation” of treating a rapist as a woman was the consequence of the Scottish Nationalist Party-led legislation.”This rapist decided that he was no longer a man only after appearing in court on a rape charge,” said shadow community safety minister Russell Findlay. “We now have the utterly perverse situation where a Scottish court refers to someone who says he identifies as female using ‘her penis’ to rape two vulnerable women.”

Life Outside the Bloc: How Did Brexit Take Place? 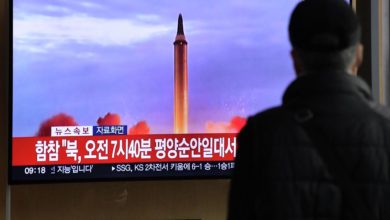