The main deck of the Floating Storage and Regasification Unit (FSRU) “Neptune”, is seen during the official commissioning of the liquefied natural gas (LNG) terminal ‘Deutsche Ostsee’ at the harbour in Lubmin, on January 14, 2023

InternationalIndiaAfricaOleg BurunovRussia halted its gas supplies to Germany in August 2022 in a move that came amid Western sanctions against Moscow that were slapped shortly after the beginning of the ongoing Russian special military operation in Ukraine. Using liquefied natural gas (LNG), Germany will be able to achieve the level of regasification comparable in volume to the stopped gas supplies from Russia only in 2026, the German Ministry of Economic Affairs and Trade said in response to a request from the Left Party faction in the Bundestag.The response obtained by Sputnik includes a table where the level of regasification is indicated on an annual basis as projects for the construction of LNG terminals are implemented in Germany.In 2023, the incoming volume of LNG is estimated at 13.5 billion cubic meters (bcm) per year, while in 2024 and 2025, 37 bcm and 49.5 bcm, respectively. 2026 should see LNG volumes stand at 56 bcm, according to the ministry.”This is only a planning stage, which is subject to various implementation risks, some of which are difficult to calculate,” the ministry pointed out.Germany plans to build a total of five state-owned floating LNG terminals. In September 2022, German Chancellor Olaf Scholz stated that he was proud of the fact that Germany would become independent from gas supplies from Russia thanks to the LNG facilities.The statement was preceded by the Russian energy giant Gazprom suspending gas deliveries to Germany indefinitely in late August 2022 after saying that it had found problems in a key piece of equipment.

Sputnik ExplainsGaslighting, Defined: Did Germany Really Resort to Burning Coal Because Russia Starved It of Gas?22 January, 19:23 GMTThe move came against the backdrop of Western countries’ sanctions against Russia that they imposed after Moscow launched its special military operation in Ukraine on February 24, 2022. The West’s sanction pressure on Russia led to higher prices for electricity, fuel and food in Europe and the United States.Russian President Vladimir Putin pointed out the policy of containment and weakening of Russia is a long-term strategy of the West, and that sanctions have dealt a serious blow to the entire global economy, backfiring against those who introduced them. 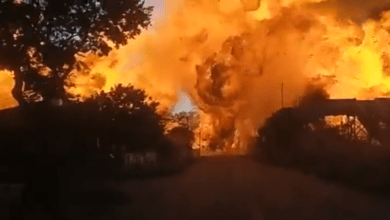 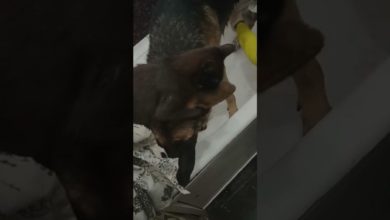