The detonation of a 23-kiloton nuclear bomb XX-34 BADGER as part of the Operation Upshot-Knothole nuclear testing programme at the Nevada Test Site in April 1953. 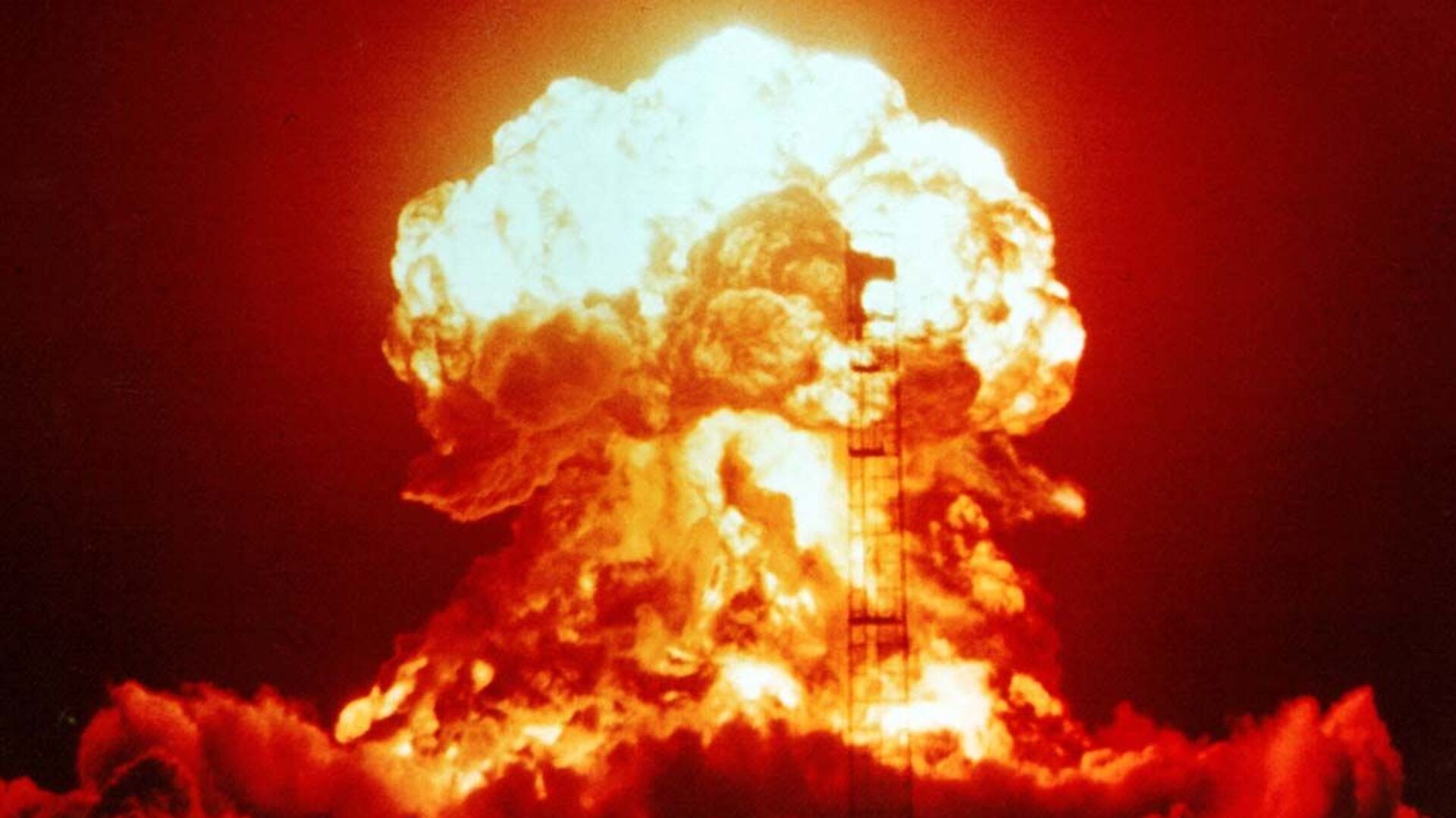 InternationalIndiaAfricaWASHINGTON (Sputnik) – President Joe Biden has surrounded himself with hardline neocons and together they are waging a war on Russia in Ukraine that is leading the world towards nuclear annihilation, anti-nuclear campaigner and peace activist, Dr. Helen Caldicott, told Sputnik. Last week, the US announced another $2.6 billion in aid for Ukraine, which includes Bradley infantry fighting vehicles and Stryker armored personnel carriers, among other equipment. According to the Foundation for Defense of Democracies (FDD) think tank, the United States may gain as much as $21.7 billion in military sales for restocking equipment delivered to Ukraine by NATO allies. Earlier on Monday, Russian Foreign Minister Sergey Lavrov warned the United States and its NATO allies were waging not merely a hybrid proxy war on Russia in Ukraine but, increasingly, a real one to annihilate Russia’s culture and language. “Supported by and supporting the world’s most powerful military industrial complex, he [Biden] has surrounded himself with died-in-the-wool neocons who are leading us on a trajectory to annihilation,” Caldicott, founder of the Nobel Peace Prize-winning Physicians for Social Responsibility, said. “As president, he is leading the world towards imminent nuclear war.” Biden urgently needed to defuse the extremely dangerous situation he created and meet as soon as possible with Russian President Vladimir Putin, Caldicott said. “If Biden had an inkling of global leadership he would cast aside his advisers and take the world stage, negotiate with Putin as if his and all life depended upon it and end this obscene military standoff,” she said. Biden’s policies already brought the world closer to the brink of thermonuclear than at any time in more than the past 60 years, Caldicott cautioned. The Ukrainian crisis was a catastrophe, where for the first time since the 1962 Cuban missile crisis, the two global nuclear superpowers are confronting each other militarily, one threatening the use of nuclear weapons and the other almost certain to retaliate in kind, she said.

RussiaRussia Regularly Warns West That Direct Nuclear Powers Clash Unacceptable: Lavrov5 December 2022, 16:55 GMTBiden could have prevented the entire current conflict war from breaking out if he had simply heeded two security requests from Moscow, neither of which threatened the independence or integrity of Ukraine in any way but both of which were essential to Russian security, Caldicott said. “Before the Russian invasion, Putin had asked Biden two things: First, Do not allow Ukraine to join NATO. And second, Remove the offensive US missiles deployed in new NATO countries adjacent to Russia – easy enough but antithetical to the neocon agenda,” she concluded.

White House Has No Visitor Logs for Biden’s House in Delaware: Counsel’s Office

US Ship With Military Gear for Eastern Europe Arrives in Denmark

Debt Ceiling Should Be Lifted Without Conditions: White House After Biden, McCarthy Meeting