n this June 12, 2018 file photo, U.S. President Donald Trump, right, shakes hands with North Korea leader Kim Jong Un at the Capella resort on Sentosa Island in Singapore. Kim’s fifth meeting with Chinese President Xi Jinping continues his ambitious diplomatic outreach that has included summits with the leaders of the United States, South Korea and Russia in the past year and a half. Experts say Kim is attempting to form a united front with North Korea’s main ally China to strengthen his leverage in the stalled nuclear negotiations with the United States. 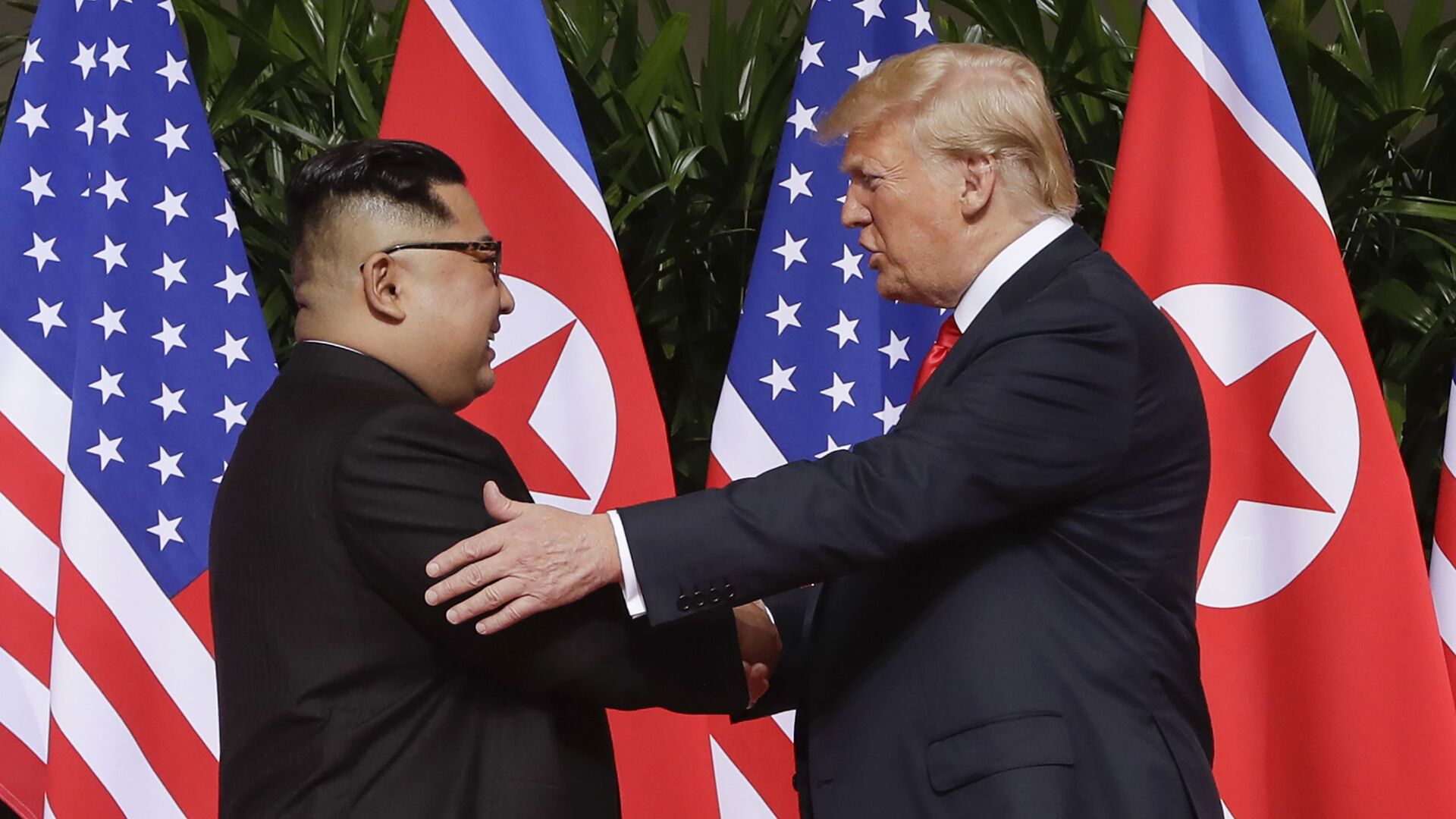 InternationalIndiaAfricaOleg BurunovTrump first publicly referred to Kim Jong-un as the “little rocket man” on his Twitter page back in 2017. The then-US president subsequently repeated the nickname in a speech at the UN General Assembly and throughout his presidency, which wrapped up in 2020.North Korean leader Kim Jong-un did not get the “Little Rocket Man” nickname that Donald Trump gave him, which is why the 45th US president had to explain it to Kim over lunch, a new book has revealed.The book titled ‘Never Give an Inch: Fighting for the America I Love’ by former US Secretary of State and CIA director Mike Pompeo is due to come out later on Tuesday.

Trump Says He Played ‘Rocket Man’ For North Korea’s Kim Jong-un12 December 2021, 16:12 GMTA US media outlet cited Pompeo as claiming in the book that during a meal at the Singapore summit on June 12, 2018, Trump asked Kim whether he knew who Elton John was.After the North Korean leader said “no,” Trump explained that it was the British crooner’s 1972 hit “Rocket Man” that inspired him to give Kim the nickname in 2017, according to Pompeo.”Trump said it was a great song, and he intended the reference as a compliment,” the ex-Secretary of State wrote, arguing that Kim reacted by laughing and saying,”‘Rocket man,’ OK. ‘Little,’ not OK.”South Korean media reported at the time that shortly after talks, Trump had prepared an Elton John disc with the song Rocket Man as a gift to Kim.In a sign of de-escalation of bilateral tensions, the 2018 Singapore summit – the first-ever meeting between the leaders of North Korea and the US – saw Kim and Trump sign a joint statement touted buy the 45th president as a “very important” and “comprehensive” agreement.

WorldTrump Boasted About Staying in Touch With Kim Jong-Un, Journo Claims10 February 2022, 18:32 GMTThe statement pledged, in particular, that the US and the DPRK will work to establish new bilateral relations in accordance with “the desire of the peoples of the two countries for peace and prosperity.”Additionally, the two agreed that they “will join their efforts to build a lasting and stable peace regime on the Korean Peninsula” and that the DPRK will work towards “the complete denuclearization” of the area.

North Korea Rejects US Claims About Arms Deliveries to Russia